Attracting a diverse group of volunteers—black and white, young and old, male and female, secular and religious, northern and southern—the Freedom Rides of 1961 took the civil rights struggle out of the courtroom and onto the streets of the Jim Crow South. Freedom Riders tells the terrifying, moving, and suspenseful story of a time when white and black volunteers riding a bus into the Deep South risked being jailed, beaten, or killed, as white local and state authorities ignored or encouraged violent attacks. The film includes previously unseen amateur 8-mm footage of the burning bus on which some Freedom Riders were temporarily trapped, taken by a local twelve-year-old and held as evidence since 1961 by the FBI.

For more information on this film, please visit: http://www.pbs.org/wgbh/americanexperience/freedomriders/

In 1961, US Supreme Court decisions that overturned racial segregation in interstate travel were largely ignored in the South. To challenge this status quo, more than 400 black and white Americans, called Freedom Riders, performed a simple act. They traveled into the segregated South in small interracial groups and sat where they pleased on interstate buses. The Freedom Rides began on May 4, 1961, with a group of thirteen Riders recruited and trained by the Congress of Racial Equality (CORE). By the summer, the Rides had evolved into a broad-based movement involving hundreds of activists from local, regional, and national civil rights organizations. Finally, on September 22, the Freedom Riders triumphed. The Interstate Commerce Commission issued a sweeping desegregation order. As of November 1, Jim Crow signs had to be removed from bus stations. Every interstate bus had to display a certificate: “Seating aboard this vehicle is without regard to race, color, creed, or national origin, by order of the Interstate Commerce Commission.” The Freedom Rides led to further federal civil rights legislation and have become a model for grassroots movements to bring about social change.

The filmmaker, Stanley Nelson, creates a powerful and searing documentary by pairing archival footage with interviews. The videotaped interviews with the some of the Riders transport viewers back to the events and horrors the riders faced. Many endured savage beatings and imprisonment. Interviewees include: John Lewis, a college student who now serves as a member of Congress; Joan Trumpauer, then a nineteen-year-old secretary in Washington, DC, who spent months in Parchman State Penitentiary, the harshest prison in Mississippi; Jim Zwerg, a Wisconsin student on exchange at Fisk University, who was hospitalized after a mob beat him with bats and pipes in Montgomery, Alabama; Hank Thomas, a student at Howard University who became active in the SNCC; Diane Nash, who had led successful non-violent student protest at Fisk University and monitored the progress of the Rides from Nashville, Tennessee, recruiting new Riders and speaking to the press; and John Seigenthaler, Attorney General Robert Kennedy’s man on the ground who recounts events from the perspective of the government and later became a victim of mob violence himself. 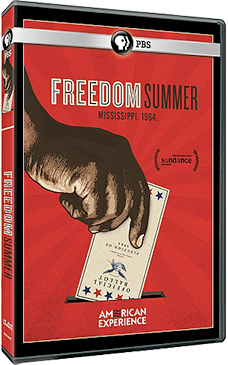 In 1964, less than 7% of Mississippi’s African Americans were registered to vote. In many rural counties, African Americans made up the majority of the population and the segregationist white establishment was prepared to use any means necessary to keep them away from the polls and out of elected office. For years, local civil rights workers had tried to increase voter registration amongst African Americans. Those who wished to vote had to face the local registrar, an all-powerful white functionary who would often publish their names in the paper and pass the word on to their employers and bankers. And if loss of jobs and the threat of violence wasn’t enough to dissuade them, the complex and arcane testing policies were certain to keep them off the rolls.

END_OF_DOCUMENT_TOKEN_TO_BE_REPLACED 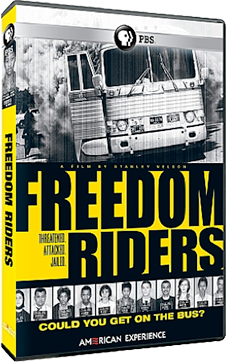 Explore Freedom Riders in the Classroom